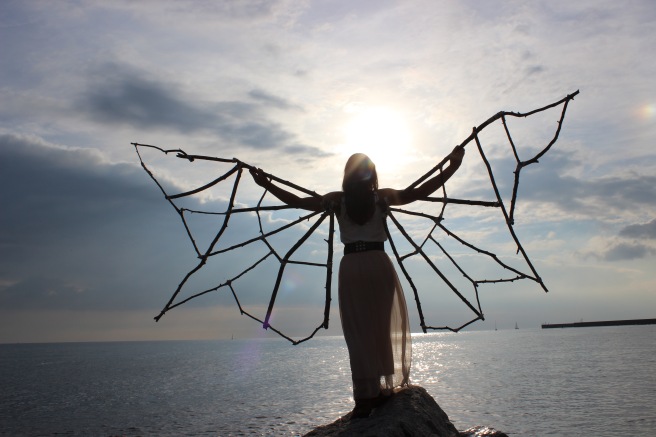 When it comes to speaking of matters as serious as our dreams, the analogy of ‘a battle’ works for me. Having read Steven Pressfield’s book ‘The War of Art’, I can see that I am not alone: Pressfield highlights the various (and seemingly inevitable) opposing energies that we face when we embark on the pursuit our goals or creative ambitions. Inspired by Pressfield’s title, the song ‘War On Dreams’, reflects my own such experiences with music.

As with all creative endeavours, no-one else ever knows the full extent of blood, sweat and tears that go into a finished product or work of art. The song ‘War On Dreams’ was no exception. The irony that recording a song about the struggles of chasing a dream could then take so long to finish, was not lost on me. We can all laugh* about it now.

I want to share this process with you because I think somewhere out there is the misconception that things that are ‘meant to be’ should be easy and just some how fall into place. That if something proves to be difficult maybe it’s a ‘sign’ that it wasn’t meant to be, that we’re not good enough or that we should give up.

Sure, some things do seem to just fall into place for some people and good for them, although this is rarely really the case. Nevertheless, you can’t compare your work of art, business, dream, or it’s journey to fruition, with anyone else’s for many reasons:

Often, your struggles along the way better equip you to make your goal a reality and help you prepare for it’s arrival. This was certainly the case with the recording of ‘War On Dreams’. Allow me to illustrate:

Writing the song: I wrote the song over several months, the initial riff came easily but no words or other sections joined them for quite some time. Usually songs come together for me over a couple of sittings, a song that took this long was largely unheard of for me. I didn’t discard it, I just kept playing it often   and let the rest of the song develop very slowly over time. Patience paid off.

The Demo: When I was ready to record the demo, my computer broke, I needed a new one to record, but we were moving house so had lots of other priorities and time went by. I eventually bought a new computer for recording and miraculously completed a fully arranged and recorded demo in a 16 hours straight solo session. Phew – made up for some lost time there. The demo really captured the feel of the track and gave me goose-bumps when I listened to it. Win.

The Producer: I took it (along with a few other tracks) to a lovely producer friend of mine to re-do the strings, piano and vocals and add the professional polish it deserved. This took some time (and money) and although it did sound very polished in the end, it had somehow lost the great emotional feel and goose-bumps that were so strong in the demo version, (N.B. this is called ‘Demoitus’ and I’m told it can be fatal).

I took the new version home with me to work on but without all the same virtual instruments and plugins as used in his studio, I couldn’t get it anywhere close. The other tracks weren’t getting there either and at this point I’d reached the end of my producer budget without having one finished track to show for it. I sadly had to cut my loses.

At this stage things were pretty sucky. I’d spent a lot of time and money and seemed no closer to getting the track (or any of the others) sounding as good as I thought they should. I had three options:

I chose option 2, but once I got that out of my system, I moved on to option 3 🙂 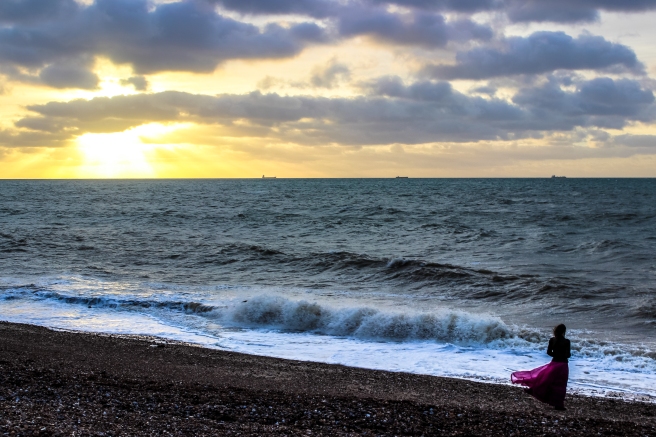 Yup, it was pretty heartbreaking and incredibly daunting to start over. Whist I could record a demo with great feel, I didn’t have the skills or equipment to create a broadcast standard recording on my own, and that’s what I needed.

So (queue montage), I researched equipment, read reviews, went on forums, spoke to other producers, took courses, read books on the subject, watched tutorials, saved up, and over time started to build up my own studio and develop the best set up I could afford to meet my needs.

This all obviously took some time and was at points very frustrating. Interestingly enough, it took about nine months from the new equipment arriving, through to the release of my first two singles. A real ‘labour’ of love! I of course wrote and recorded other songs in that time and had various other projects going on, but was determined that ‘War On Dreams’ was to be my first solo commercial single to mix and release.

In hindsight, choosing the biggest, most complicated and dynamically challenging song I’d ever written as my first single to mix and release by myself, probably wasn’t the smartest idea. It did involve both my speakers and my ears breaking from the long hours of tweaking to ‘perfection’ and a two week music ban on doctors orders (I’m ok now and I have beautiful new monitors!).

During those nine months I also created my own website, learnt skills in Photoshop, Lightroom and Final Cut, created all my own artwork, and managed the various music rights and business administration associated with being an independent songwriter (song registrations/ tax returns etc). However, during that time, I never felt like I was achieving enough, quickly enough.

In my anxiety to reach the final goal of a release and have something to show for all my work, I hardly noticed all the progress I was making. It just felt hard and lonely and like there was always more mountain to climb. People would ask me how the music was coming along and I’d just feel like a fraud because it wasn’t finished yet despite months of hard work and skilling up. My response was always “nearly there”, said with a heavy smile that didn’t reach my eyes, self doubt palpable or I went off into incomprehensible rants about EQ and mix translations while peoples’ eyes glazed over. I sound like great company right?

In truth, not one day was wasted. Nothing can replace the experience you get by just putting in the hours. Every way that didn’t work was a lesson. I got quicker, more confident, I got better.

Ultimately I became a one stop shop for my own single release and all the other related creative necessities. During that time I equipped and future proofed myself to be able to do this for the rest of my life. Once you’ve leant something no-one can take it away from you. I will only continue to get better, work faster and improve. Naturally, I might not be the ‘best’, at whichever individual element of the process compared to those who have practiced it professionally for years, but I am the best person at knowing, hearing and seeing what my unique vision is and I will work harder and put more hours into realising that than anybody else ever would on my behalf.

Had I not experienced the previous difficulties, I would not be in this great position.

It’s ok for your dream to be hard. Just be harder. 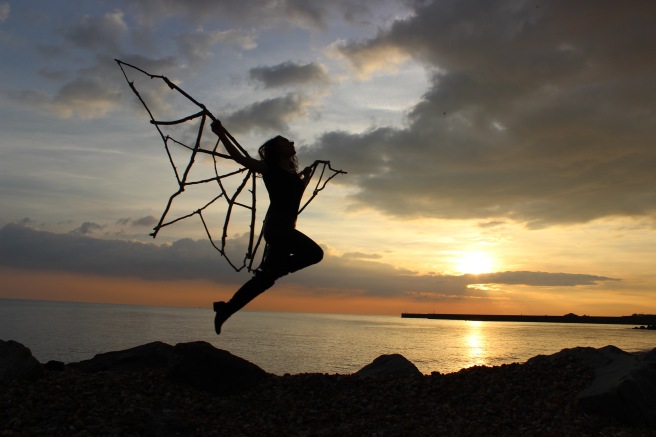 “Perseverance is the hard work you do

after you get tired of doing the hard work you already did.”

You can find my music at www.RuthAD.com